Always deliberately have the Ginger Factory a miss, just another tourist trap. But then, a lazy hour took me there and hurrah! My fears were confirmed, heaps and heaps of mantlepiece style crap you do not need. I can however report that the ginger ice creamery is worthwhile, the Santa Claus there has a real SC style beard and the ‘Pioneer’ coffee roastery brew a mean coffee and the barista has a wicked sense of humor 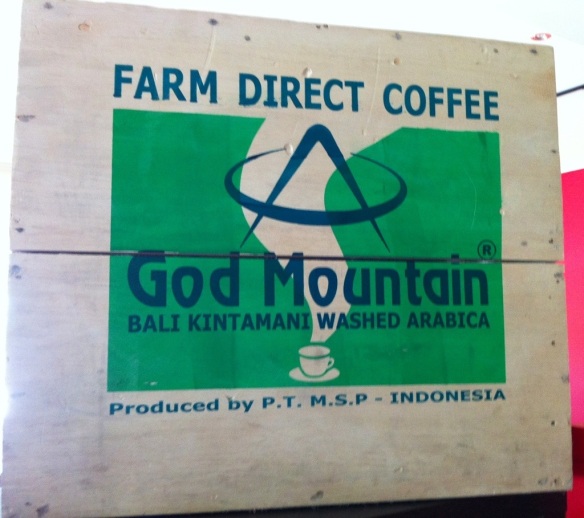 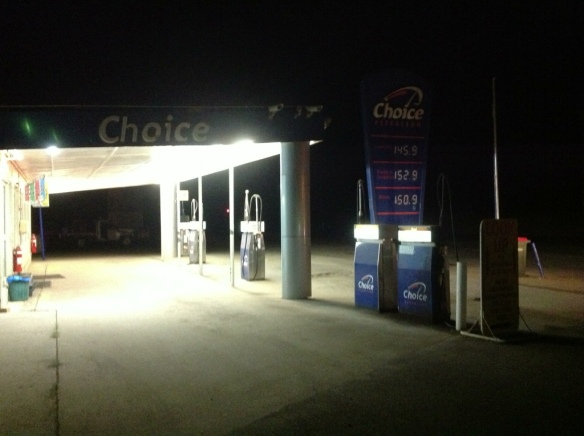 Long distance traveling is fun time, free time, as we used to say in the Army “R&R” time. Time to think, “shooting the breeze” behind the wheel, to listen to late night radio, catch up with long forgotten songs on the iPod, and test drink coffee in late night stop hamburger joints….

Unless you are really hungry, brave or slightly low on IQ, the ‘freshly baked’ pies and fried food in the greasy stainless steel containers and oily glass in front is nuclear fuel. Avoid it like the plague even if the sleepy tired and overworked attendant wave the equally tired flies away. Opt for packets of jerky (biltong for the African readers), or sealed potato chips. It is bad for you, but not evil. The fried food and pies are evil.

When ordering a coffee, make sure it is from a well established brand, such as two spoons of “International Roast” (here in Australia), or when in Africa, something like Ricoffy, with at least two spoons of white sugar and a dash of milk. You may see I left out the barista style Italian coffee made via an impressive machine that is now so fashionable. You do not find those in a real late night roadside hamburger joint. Apparently, these are the first stuff to get stolen in case of a robbery, after the smokes, now in plain packaging.

Try to strike up some conversation with the cashier cum attendant, a person who, unless a recent migrant from Pakistan/Sudan or Kazakhstan, is also a fountain of knowledge of the area, its history, its tourism attractions (or lack there-off), and the prevailing road conditions. On a piping hot September day in far north west New South Wales at the only operational filling station, I chatted to a particular dour lady, who spend the last few minutes unlocking the fuel pump’s nozzle (to prevent to local indigenous kids to cypher off fuel for sniffing). “So, what happens here in Wilcannia?” “The sun shines mate, them kids try to steal everyf*** thing.” The conversation was not going anywhere. “How’s the road to White Cliffs?” “The road? The road, mate, is a fuck-up”. You just cannot argue with that.

Typical male, I fired up the WordPress blog on my new MacBook Pro. Sadly much to my disappointment  I was clearly not qualified for this machine. Time to call Lulu my Dachshund, she knows stuff.

Incredible! A few barks, flick of the tail, and nifty paw-work and it works. Such a skilled dog. The next post will be in a new theme, new colours, and hopefully with some sense.

Late night, wrestling with the blog… Clearly I am still in a cage

Welcome to WordPress.com! This is your very first post. Click the Edit link to modify or delete it, or start a new post. If you like, use this post to tell readers why you started this blog and what you plan to do with it.

The Truth, Stories and Fairy tales

Heading south-west20 December, 2012
The road is long, with many a winding turns...